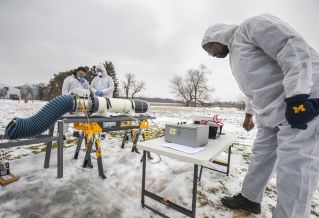 Taza Aya specializes in non-thermal plasmas that are used to remove and kill pathogens in air across a range of industries and applications.

We were founded on the idea that there must be a better way to prevent illnesses caused by airborne transmission. Traditional respiratory devices and HEPA filters use a single, century-old approach to address airborne pathogens: removing particles from the air using filter media. But such a singular approach, as anyone who has worn an N95 mask can attest, brings with it a number of restrictions and inconveniences.

Traditional approaches to reducing pathogens in air also have drawbacks that can reduce their ability to effectively treat contaminated air. Learn about the technology.

On the Horizon at Taza Aya 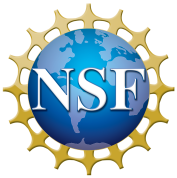 Taza Aya is funded by the National Science Foundation

Taza Aya is an awardee of the 2020 JLABS Quickfire Challenge, which will provide funding for the next phase of technology development.

We also completed a National Science Foundation-funded Phase 1 STTR grant to hone the performance of non-thermal plasmas to the specific environment present in and around animal agriculture.

Here’s an overview of our development plans for a wearable device:

Taza Aya is welcoming opportunities to explore partnerships with companies and investors. 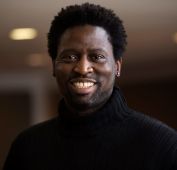 Dr. Herek Clack is an associate professor of Civil and Environmental Engineering at the University of Michigan, and Co-founder and acting Chief Executive Officer of Taza Aya. 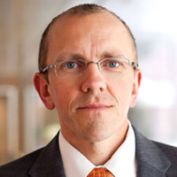 Michael Drake is Executive Director of Research Relations for the University of Michigan College of Engineering, and Co-founder and Chief Operating Officer of Taza Aya.

Michael is a board member at Applied Dynamics International and served in the Peace Corps in Kyrgyzstan for two years. He holds a B.S. degree in Business Management and Marketing from Cornell University.

See how it works