What if you could achieve the safety of social distancing, without masks?

There’s an Advanced Method to Protect Against COVID-19, Without Masks

N95 masks depend on making a perfect seal with your face. If there are any imperfections, a poor fit, or a leak, the effectiveness drops to almost zero. Masks are also notoriously uncomfortable, aren’t sized to fit children, and people often take them off in public to eat, drink, or adjust the fitting.

HEPA filters have similar problems: their effectiveness varies with particle size and is susceptible to imperfections in sealing. And most filters don’t actually inactivate viruses or bacteria.

Other approaches, such as UV light and ozone fumigation, have their own set of drawbacks. They require more time to treat the air, and UV effectiveness varies as bulbs age and as standoff distance from the bulbs increases.

Our Direct Air Treatment Module (DATM) removes pathogens and inactivates them more reliably and effectively — and economically — than other air treatment solutions. The DATM can be used in a large-scale HVAC format or as a wearable device, with far less intrusion and discomfort than N95 masks.

By directly exposing contaminated air to a non-thermal plasma (NTP), the DATM both removes airborne particles and inactivates them instantly.

Non-thermal plasmas have been used for years to generate ozone as an indirect form of contaminant treatment for drinking water or to sterilize surfaces — similar to disinfecting with chlorinated water. Ozonation, like UV treatment, requires seconds to minutes of treatment time to be effective. Such treatment times translate into meters-long treatment chambers when dealing with air flows of 3-10 meters per second. 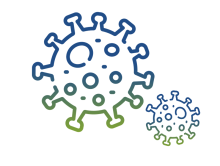 not a particle filter 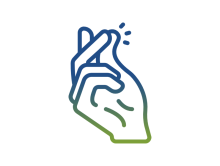 works in an instant

DATM inactivates viruses in an air stream on the fly. There’s no need for extended treatment times using UV or other inactivating agents. 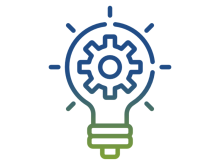 We welcome partnership discussions with companies and investors 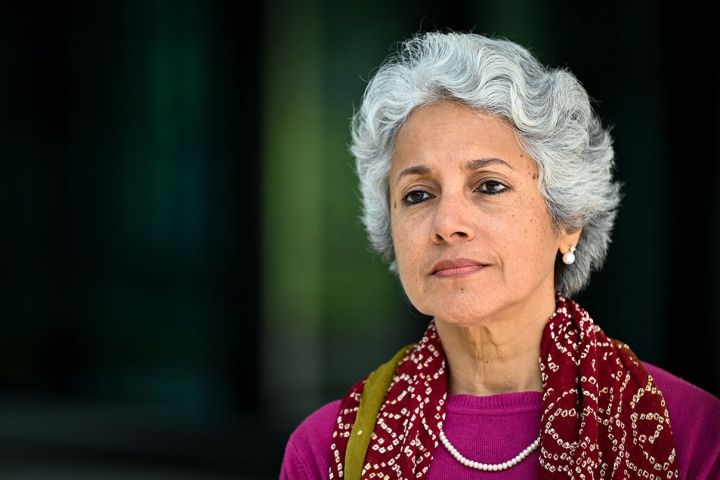 The aerosol community has not forgotten how, early in the pandemic, their urgent calls for WHO, CDC, and other agencies to acknowledge the possibility that COVID-19 could be spread through the air - and the tremendous opposition against those calls.   The reflections of the outgoing WHO chief scientist only offer further proof that how we view respiratory disease transmission has been fundamentally and permanently changed. 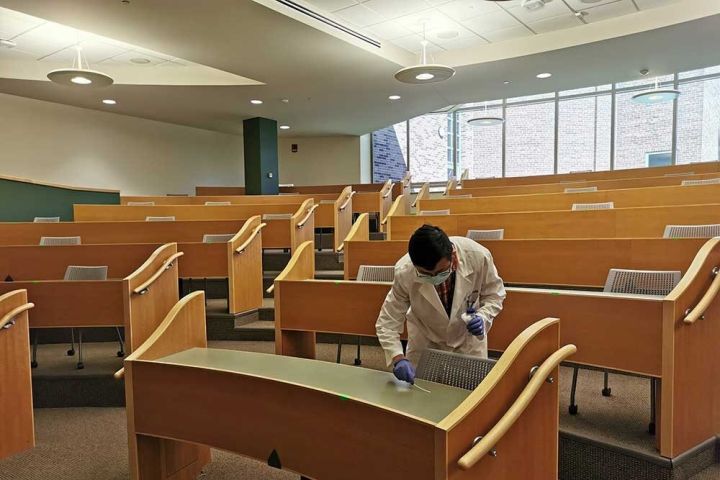 Univ. of Michigan study finds COVID was transmitted far more readily in air than from contaminated surfaces on campus

More evidence that mitigating airborne pathogens and maintaining healthful air is essential:  A Univ. of Michigan study finds that COVID transmission via air was ~1000 times more likely than via contaminated surfaces on campus:  https://news.umich.edu/at-u-m-risk-from-surface-contamination-of-covid-19-was-much-lower-than-air-transmission/ 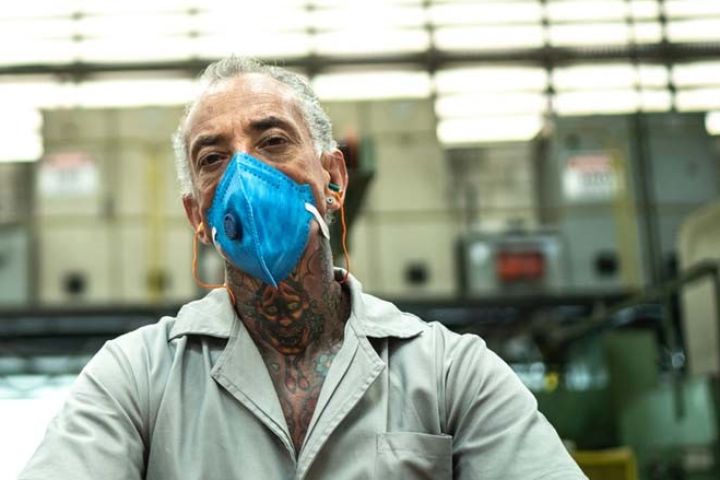 Important report from a National Academies of Science, Engineering, and Medicine (NASEM) committee recommending future frameworks for expanding the availability of respiratory protection (historically, N95 masks but potentially newer approaches such as Taza Aya’s in the future) that go beyond the current limited list of professions to all workers potentially exposed to respiratory hazards (including airborne pathogens) and the public at large, including children.

A mandate for rethinking how we view - and what we demand of - personal respiratory protection!

“We envisioned the need for future pathogen protection to go beyond traditional respiratory devices, and integrate seamlessly into our daily lives, becoming an ‘invisible shield’ against pathogens.

We believe Taza Aya demonstrates ingenuity and exceptional vision in their aim to deliver respiratory protection to individuals, families, and communities around the world.”

See how it works